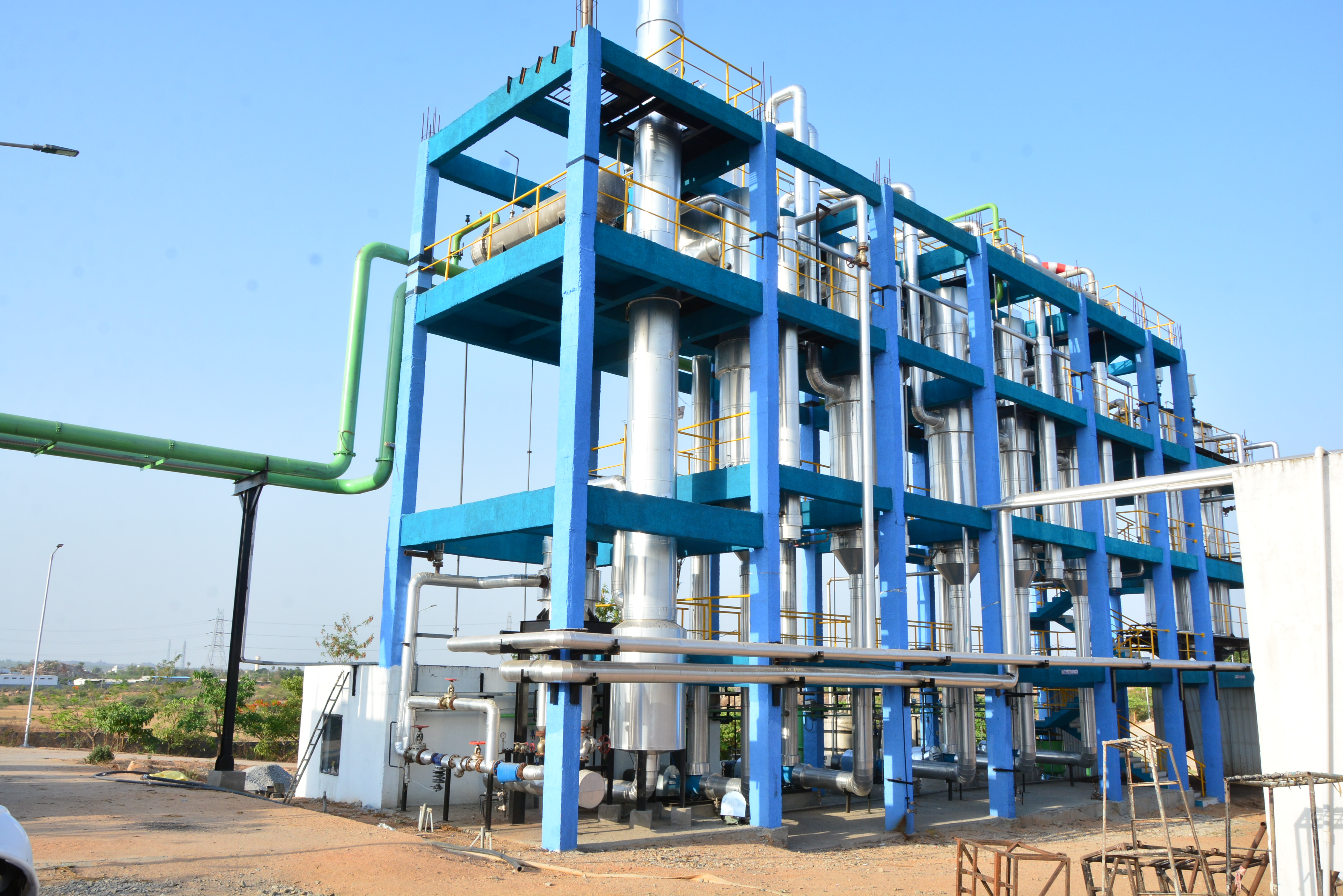 Multiple effect evaporators is an apparatus for efficiently using the heat from steam to evaporate water to concentrate dissolved salts in the water. In multiple effect evaporators, water is boiled in sequence of vessels, each held at lower pressure than the last. As boiling of water decreases with pressure, vapor produced in one vessel can be used to heat the next vessel. Only first vessel requires the source of external heat.

For better energy utilization, the following are used: Multi effect evaporation using thermal vapor recompression (TVR), evaporation with mechanical vapor recompression.
Solvent stripped effluent shall be fed to the MEE along with RO rejects for further evaporation to get product of 30% solids. Four effect evaporator with each of the calendria forced circulation type. Each calendria shall be provided with separate vapor separator. Water vapor condensed in condensers and collects separately for further treatment in ETP.
The evaporation process itself involves both a thermodynamic and mass transfer phenomena. The thermodynamic phenomenon of evaporation involves providing enough heat energy (waste oil, off-spec gas, natural gas, propane, oil, diesel, electricity, or steam) to convert water to water vapor. The mass transfer phenomenon of evaporation can best be described as the “carry off” of small droplets of water.